“You’re too pretty to explore life”

Of course nobody would use those words.  How about “You’re too pretty to take time for yourself, to do what you love, to work towards your dreams, to explore new interests”

Chances are you won’t be hearing those words either.

But there is a phrase I’m sure every single girl over the age of 25 has heard more times than they can count: “You’re too pretty to be single.”

I understand this is meant as a compliment.  It’s always irked me.  First of all, I’m not a piece of merchandise sitting on a shelf.  The fact that I am single has nothing to do with my desirability.   I’m personalising this, but the message is true for anybody – if a person is single, it doesn’t mean they are less than desirable.  In fact, I have a lot of respect for people who don’t NEED another person as validation to their own identity.

Being single isn’t a bad thing.  I was married for 12 years.  I got married quite young and have been single for the last three.  Being single is fun.

Of course, I’m a romantic at heart and in love with love.  One day I would definitely like to meet somebody amazing, but in the meanwhile, I’m pretty happy shaping my own amazing life and identity.

There’s a flip side to single life that nobody talks about.  You get to meet new people.  I have met so many people and made some really wonderful friends whom I imagine I never would have gotten to know if I wasn’t single.  Friends of both genders – your relationship with your girl friends is much different when you are single, and in addition to meeting some pretty cool guys, I’ve forged some strong friendships with other single women.

Along this same vein, by living my own life, meeting new people and dating a few guys, I have gained a clearer vision of what I like, how I want to be treated, what qualities matter most and the dynamic I would like to have whenever I do embark on the adventure of a relationship.

When you’re single as a… hmmm… how to identify myself… a 30 something (closer to 40 than 30!), it’s quite different than being single at 20.   The fact that I have kids and have already been married also changes the dynamic.  I’m quite picky.   But the cool thing with that is I actually LIKE everybody I’ve ever dated (including my ex-husband).  So many people speak with such disdain for their exes.  I am friends with all the guys I’ve dated.  I wonder if that would be true if I were so eager to be in a relationship that I didn’t value myself and wasn’t happy in my own skin.   They say in business, what you say ‘no’ to is more important than what you say ‘yes’ to.  The same applies for relationships.  When you are happy in your life and really enjoy your life, you’re happy to hold out for the people you really respect, admire and share a certain spark of magic with.

I’ve had a few incredible ‘stories’ in my single life.  Like the time I had a layover in London and met an American businessman – it played out like a typical rom-com.  He showed me around London, took me to the touristy sites and out for the best sushi in the world. Then I took the subway back to the airport to catch my plane.  Or the time I was in Italy and got my heel stuck in the cobblestone as I was crossing the street.  I looked up and saw a man who looked like he stepped out of a Gucci magazine ad coming towards me.  He helped me with my luggage and took the day off work to show me around Rome.  I’ve had similar movie-like connections here in Ireland, but if I tell those stories, somebody may recognise who I’m talking about!  The point is, there is a freedom and magic about single life.

A guy friend was recently telling me about a wedding he attended.  He said how much he appreciated his girlfriend, because at some point she was tired and decided to go home – telling him to have fun and enjoy the rest of the night.  He said he felt really lucky because many of his guy friends have what he calls “The fun quota” – he said it’s like they are allowed to have a certain amount of fun but if it’s not fully involving their partner, there is a limit.

Let me know what you think! Cancel reply

‘How do we stop the stigma without speaking out?’ I read this quote today, in a fiction book called ‘Playing Nice’ by JP Delaney.  It struck me, and it...

I’ve had a lot of messages since my post about being raped.  Most said I am brave for talking openly. Too many were from women who have also been...

This blog started out as a blog to inspire positivity.  The name itself ‘Dream and Pursue’ is reminiscent of dreaming big, following those dreams and making them a reality.... 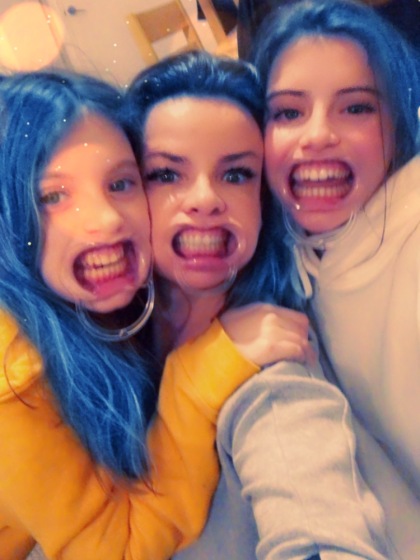 I am reading a book by Carl Jung at the moment, ‘Modern Man in search of a soul’. The book has impacted me, and caused me to read about...

I had what I consider a life changing experience.  It was not fun and it was very scary.  But there’s always something about the difficult seasons in life that... 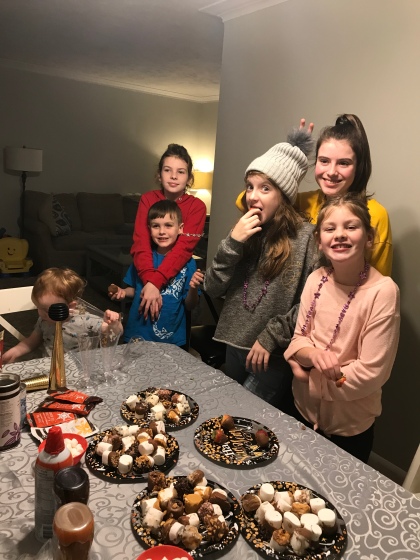 We are three weeks into January, so perhaps a little late to be saying Happy New Year, but I’ve been all go lately and feel like I’m just settling...

It’s been a long time since I have written on here.  In fact, I pretty much forgot about this blog until a few months ago when someone mentioned it...

Ever have days where you feel like you just can’t make it?  You have dreams and goals, but they just seem out of reach?  Ever want to be a...

I love my business.  I only just started, but I’m doing what I love and it’s going amazing.  But something happened this week that made me question everything.  If...